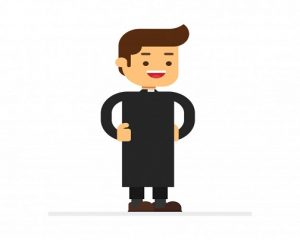 A new priest at his first mass was so nervous he could hardly speak.

After mass he asked the monsignor how he had done. The monsignor replied,
“When I am worried about getting nervous on the pulpit, I put a glass of vodka next to the water glass. If I start to get nervous, I take a sip.”

So next Sunday he took the monsignors advice. At the beginning of the sermon, he got nervous and took a drink.

He proceeded to talk up a storm. Upon his return to his office after mass, he found the following note on the door: