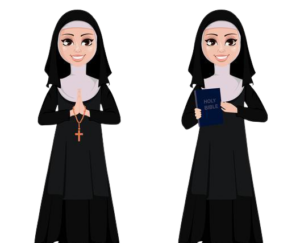 Two nuns were shopping in a food store and happened to be passing the beer and liquor section.

One asks the other if she would like a beer.

The other nun answered that would be good, but that she would be queasy about purchasing it.

The first nun said that she would handle it and picked up a six pack and took it to the cashier.

The cashier had a surprised look and the first nun said, “This is for washing our hair.”

The cashier without blinking an eye, reached under the counter and put a package of pretzel sticks in the bag with the beer saying, “Here, don’t forget the curlers.”