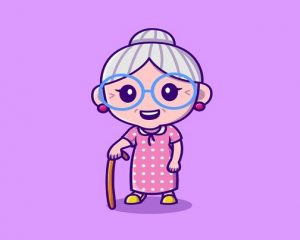 Two old women were talking and exchanging notes on their sexual activities.

The first old woman told the second old woman that sometimes she was able to get her husband excited at
night by getting totally naked, lying in bed, and putting her two legs behind her head yoga style.

The second old woman thought that was a great idea, so that night she got totally naked and began the long
process of putting her two legs behind her head.

The first leg was kind of tough to put in place, as she was a bit arthritic, but she finally got it in place.

She was having an even tougher time with the second leg, so she rocked herself backwards until she finally got it behind her head.

However, she had rocked back so hard that she flipped slightly backwards and got stuck with her butt sticking
straight up in the air.

Moments after this happened, her husband came out of the bathroom.

“Gladys!” he exclaimed, “For heavens sake, comb your hair and put your teeth back in! You look like an asshxxle!!”